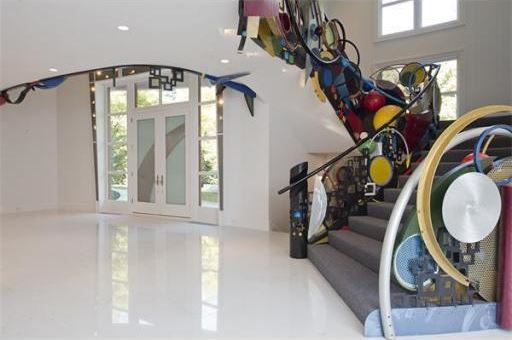 Looks like they raided the dumpster behind a modern art studio and just glued everything they found to the stairs. 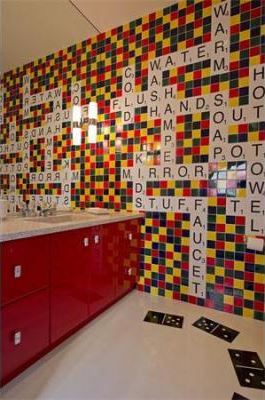 Okay that’s a fun concept, but when you end up putting “stuff” up there, I think you’ve run out of ideas. 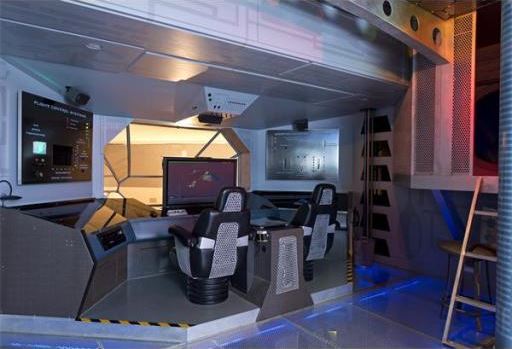 The listing describes this room as an “interactive space ship arcade for playing video games.” I don’t recognize it as the bridge of any specific fictional starship, but maybe I’m just not nerd enough? 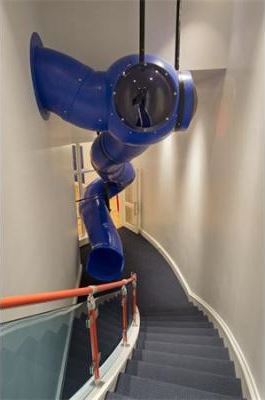 This is definitely the coolest part of the house, in my opinion. 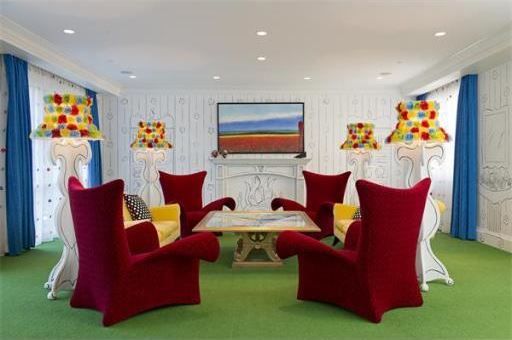 I imagine this as the money counting room. They put all the bills and coins on the table, sit in the bright red chairs, and count it all, one by one.

Because Dinner With Horse, That’s Why. So Shut Up.

This Boston Condo Got Religion

Guess Who is in HGTV Magazine

“Railway Resort” is Apparently a Thing (An Amazing Thing)

Every Day the Same Sky

“Somewhere Over the Rainbow”