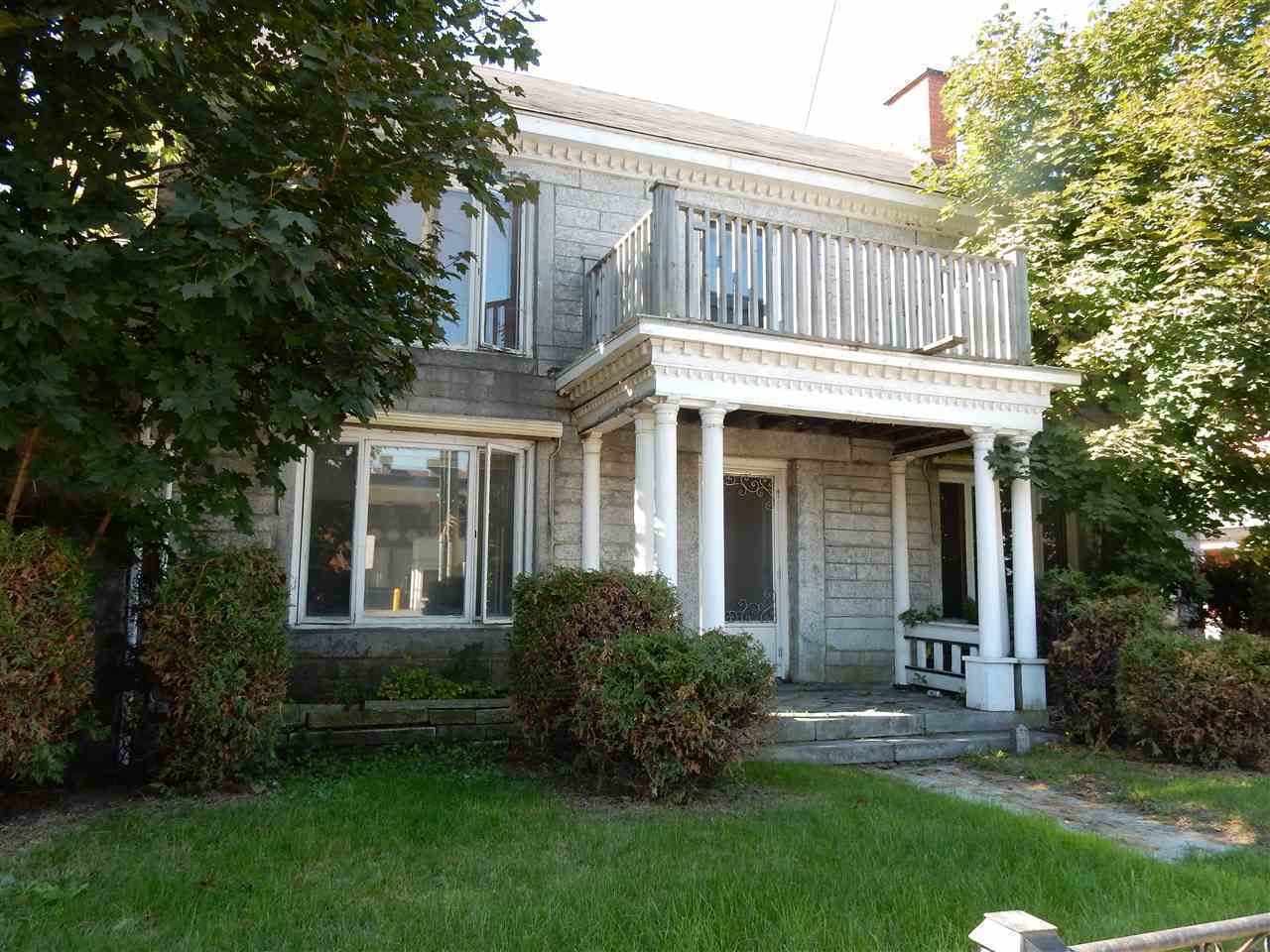 What’s so special about this home? From the listing description:

It straddles the border, and a small portion of the building in in Canada. Historic building called the “Old Stone Store” was formerly a store and US/Canadian Post Office.

Okay, that is pretty cool. Here’s the satellite view from Google Maps, with the home marked by the small grey pin: 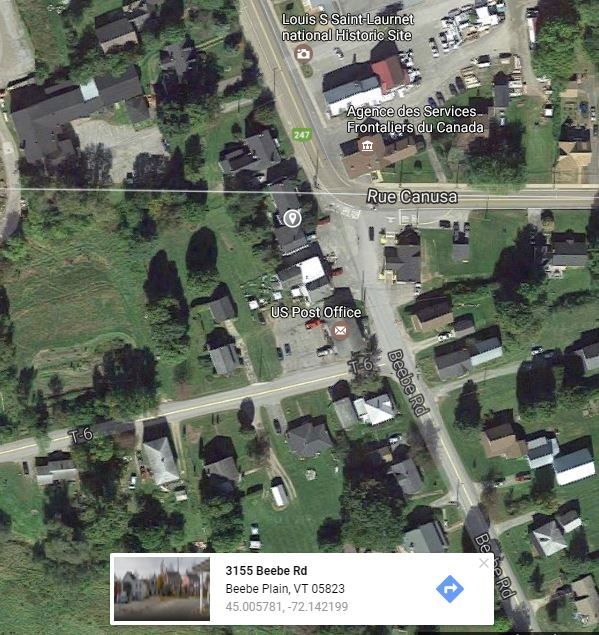 An article from the Associated Press has more:

For sale: A 1782 fixer-upper with thick granite walls, 1950s decor, and armed 24-hour security provided by both Canada and the United States of America.

The just over 3,000-square-foot house, cut into five currently vacant apartments, is on a lot of less than a quarter-acre that, along with the building itself, straddles the border between Beebe Plain, Vermont, and Stanstead, Quebec.

Selling a home in two countries is proving to be a challenge for the couple who owns it. The structure, which has an estimated rebuild cost of about $600,000, is on the market for $109,000. It’s structurally sound but needs lots of work. And then there’s that international border.

“In the day, it was a normal and natural thing,” Brian DuMoulin, who grew up in the house and was accustomed to life literally on the border at a time when no one thought twice about crossing from one country to the other. “Now it stresses everyone out.” 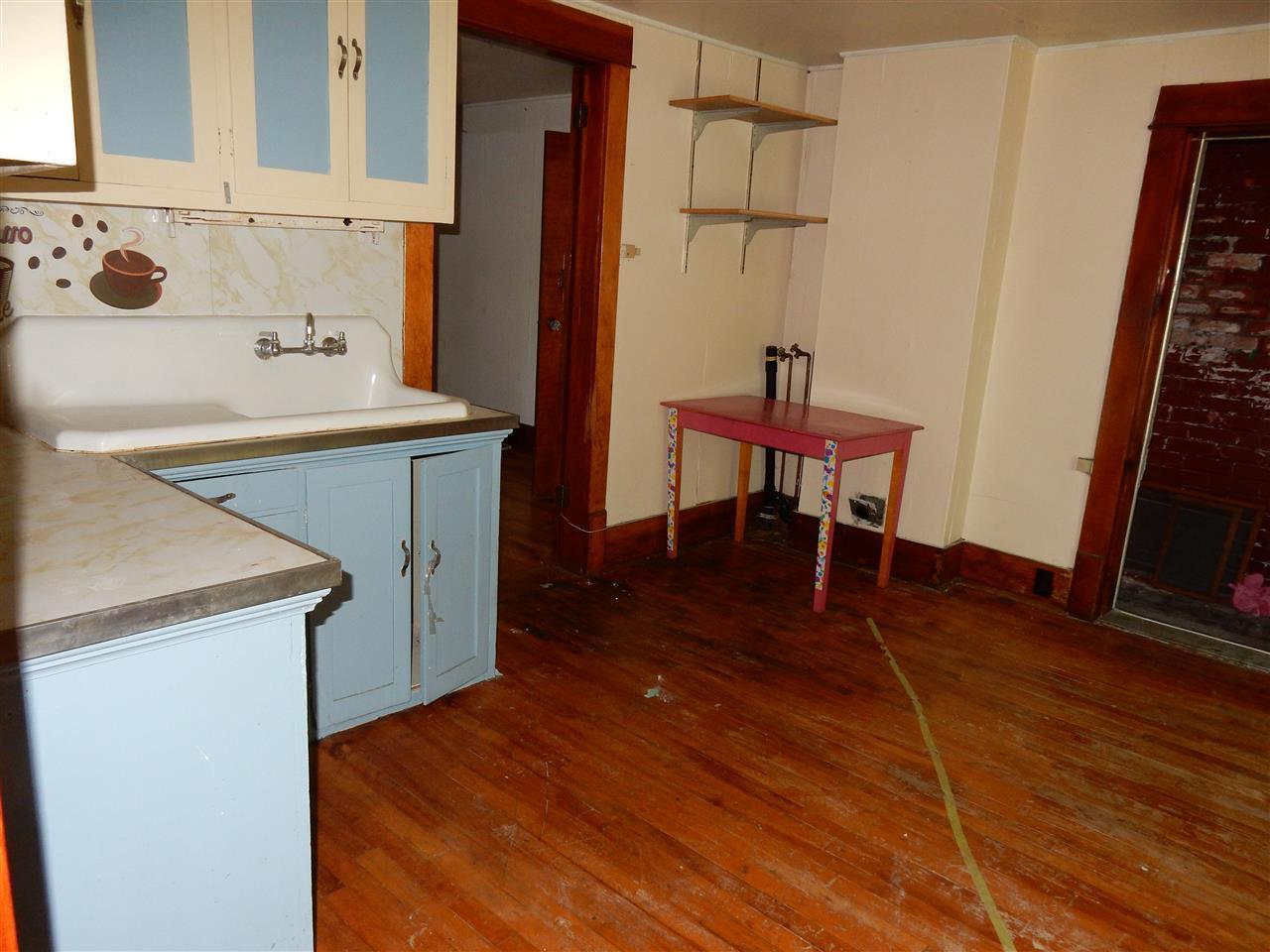 The home itself isn’t much to look at, but the location is certainly unique!

Make Your Home in a Dome

Odd Obsession, What the Furniture

It’s a total bust… In a manner of speaking.

Be the first to comment on "Why choose just one country?"

This Boston Condo Got Religion

Fill In The (Many) Blanks

Woodn’t you love to live here?

May Have a Barking Problem

“Wildly creative” is one way to put it.